Looking back at Seattle from the ferry

I can’t say I know exactly when my depression first began, but I know exactly when it became unbearable…a couple of times. What began as seasonal depression started leaking even into the sunny days of summer, and by my 6th year in the gray winters of Seattle, I couldn’t bear it anymore. I woke up every morning so full of anxiety and adrenaline that I wanted to jump out of my own skin.

I had been laid off 2 years prior and was struggling to find my way in my new career as a personal trainer. I was excited to be able to be working in a field that is one of my greatest passions, but working in a corporate gym both wasn’t even close to paying the bills and I found I didn’t fit in at all with the other trainers who seemed far more interested in big muscles and selling supplements. I lasted all of 8 months before I quit and took some time off to visit family and do some soul searching. I knew fall was on the horizon and that I had better figure something out before dreary winter let on. Over the next year and a half I struggled to try running my own private training business, and working for other less corporate gyms, and sunk lower and lower. My depression became unbearable. Its hard to talk about but I didn’t want to live anymore. The only reason I chose to stay alive was to not let down my friends and family…but in the meantime I was struggling to find a way out. I did endless research looking for affordable remedies without just getting on medication. I knew positive thinking and trying to get myself to be active just wasn’t working anymore. I found waiting lists(most 2-3 years) or extremely expensive support groups. I finally got desperate enough after getting 6 referrals from psychologists to the next (all who were too busy to take me) to give in to taking medication.

I was lucky I found an amazing psychiatrist who got me set up with a decent medication with only night sweats and slain libido as side effects. Most go through much much worse. Like visits to the ER from going manic. It still took nearly six months before I started to feel almost normal and I finally realized I needed something extra for my anxiety. I feel it is important to point out that during this time every day was merely a game of survival. I felt so awful and full of despair, anxiety, helplessness, no energy, unable to be myself, that every day was just a matter of hour by hour figuring out how best to distract myself. Going on a bike ride, a run, doing yoga, eating well (though all treats seemed to be a temporary joy, but made me fatter and fatter) and going to support groups that weren’t even meant to be for depression, but they helped. These were they key ingredients that pulled me through the most awful days.

This year I prepared myself in every way possible for another winter. I had been on meds for almost a year, I took an easy fun job at a Montessori school that I knew I would be really good at (and kids are always a reminder to play and be joyful, and make you feel like a hero everyday) and I planned a trip somewhere sunny almost every month. I started sinking again despite it all. It was around this time that I was planning a trip to Hawaii. This is when I got invited by my friend to go on a bike tour…from Austin, TX to Jacksonville,FL. What began as a 4 week trip, turned into a more than 4 MONTH trip of over 4,000 miles! I have dedicated myself to being a person who will stand for all people that have suffered with mood disorders and have been disabled by them. I will boldly admit to having an illness that I was previously ashamed of and hid as long as possible. Myself and my partner Jeremiah are working hard to create programs and places of refuge and revitalization. We want the world to know that medication is simply not enough! Being able to mask symptoms and survive rather than thrive are not enough! 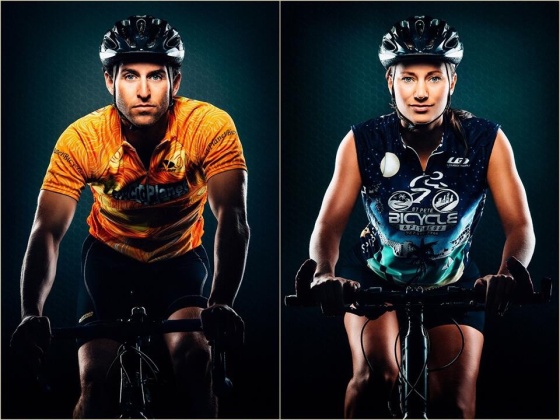 Posted by jreiner on May 14, 2014 in Uncategorized and tagged Depression, seasonal depression, Seattle.